Uber and Volvo are breaking ground by creating a new system of self-driving taxis available for users. The first signs of commercialised autonomous cars are here. 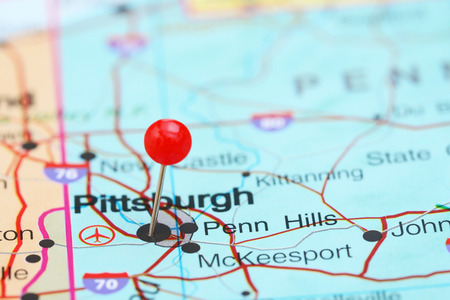 The technology taxi company Uber will, for the first time, allow users to hail self-driving cars within a fortnight, the company has confirmed. Uber said the launch would take place in Pittsburgh in the US and would feature Volvo vehicles.

Initially, the vehicles will have a driver on board as a supervisor, who can take control if necessary, and act as an observer. The firm first revealed plans to replace human drivers two years ago but this is the first time they have released any details about the plans. Even if Uber were confident enough in the technology to dispense completely with a human driver, it is unlikely that Pittsburgh or any other city is ready to adapt its regulations to allow completely autonomous driving.

A spokeswoman for the firm explained: “Starting later this month, Uber will allow customers in downtown Pittsburgh to summon self-driving cars from their phones, crossing an important milestone that no automotive or technology company has yet achieved.

“In Pittsburgh, customers will request cars the normal way, via Uber’s app, and will be paired with a driverless car at random. Trips will be free for the time being, rather than the standard local rate of $1.30 [£0.98] per mile.”

She added that Volvo had already sent a small number of sensor-equipped XC90 sports utility vehicles (SUVs) to Uber, which would be used in the initial trials. The carmaker intends to have delivered 100 such cars to its partner by the end of the year. Uber had previously used modified Ford Fusions to test its self-driving tech.

Volvo has confirmed it is taking part in a “joint project” between Uber and the carmaker. “Both Uber and Volvo will use the same base vehicle for the next stage of their own autonomous car strategies,” the firm said. Engineers from both companies would collaborate on the project, the firm added.

It will be a wake-up call to Google - which has done so much work in this field but has yet
to launch any kind of commercial service - and to Mr Musk’s Tesla, currently battling adverse publicity over the reliability of its Autopilot function. It is also a measure of just how much money Uber has invested in its automated driving research programme - but having raised over $10 billion (£7.6bn) from backers, the company has plenty of financial firepower at its disposal.

And that means that Uber’s latest coup is an impressive piece of marketing for its vision of the future of transport, but will prove a very expensive way of ferrying people around for some years to come.

Some of Uber’s know-how in the field of self-driving vehicles has come via its agreement to purchase Otto, a start-up founded by former Google employees to develop driverless trucks. Otto was co-founded by Anthony Levandowski, whose previous start-up, 510 Systems, was bought by Google when it began its own self-driving vehicles project.

Paving the way for the debate about liability and driverless cars, Hakan Samuelsson, the Volvo Car Group President and CEO is happy to claim that “Volvo will accept full liability whenever one of our cars is in autonomous mode. We are one of the first car makers in the world to make such a promise.”