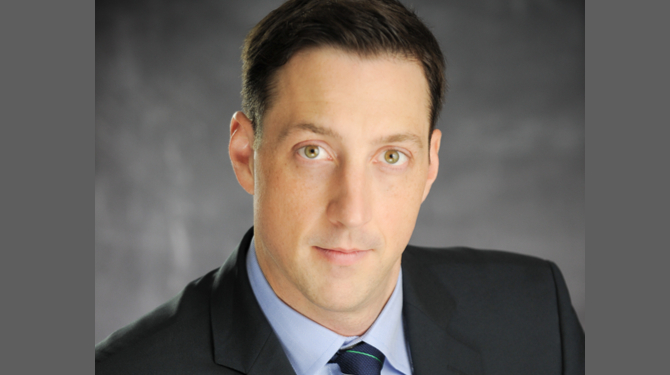 Chris Johnson: 'As AI advances, it will be robots which do the difficult, dangerous tasks in space'

Chris Johnson is space law advisor at the Secure World Foundation, an NGO focused on space sustainability. He also teaches space law at Georgetown Law School in Washington DC and at the International Space University in Strasbourg, France.

I took an undergraduate degree in English with cognates in sociology and philosophy and with Latin as the language requirement as I was trying to get a broad, classical education. The essays and other writings of Francis Bacon made a great impression on me. He was a lawyer and statesman in his day job and a philosopher in his spare time. It struck me that lawyers use the logical techniques of philosophers and the rhetorical and language skills of novelists but apply them to practical ends. I went to law school in New York and practised in corporate and securities law. But I almost immediately began envisioning different career paths. While taking night classes on international law at New York University’s School of Continuing and Professional Studies I came across a chapter in a textbook on aviation and space law which I was enthralled by. Space law seemed like a totally different reality to me. I attended an event where I met actual, practising space lawyers and was blown away that this was a serious field that you could work in. I took the LLM program at the International Institute of Air and Space Law at Leiden University in the Netherlands and then secured a series of internships at some amazing places including the United Nations Office for Outer Space Affairs (UNOOSA) in Vienna, NASA Headquarters in Washington DC and the legal division of the Headquarters of the European Space Agency (ESA) in Paris.

What do you see as the key legal issues for the sector?

In outer space, there is a proliferation of actors and activities that is challenging what modest laws we currently have.  Space was traditionally the preserve of national space agencies, militaries and large telecommunications companies with large multi-million dollar satellites in geosynchronous orbit (GEO). Militaries still see space as primarily a security domain, hence the recent creation of Space Force as a new branch of the US military. Indeed, there are increasingly worrying trends in the military uses of space, including the testing of antisatellite technologies, and mysterious satellites creeping around the GEO which don’t technically violate space law or international humanitarian law, but are very worrying. But space has radically changed in the past decade and many more people can now get into space more quickly and cheaply. These include startup companies and universities, which are doing things that the current space law regime did not envision. This ‘small satellite revolution’ will continue and in the next decade we will return to The Moon with both human and robotic missions undertaken by a wide range of actors. Space manufacturing and resource acquisition of both lunar and asteroid resources is also on the near-term horizon. And we will have to mount missions to monitor (and perhaps respond to) potentially threatening near earth objects like asteroids and comets that threaten to impact Earth.

What are the issues with robots in space?

Robots pose no direct, fundamental challenges to the existing regulatory regime, including either international or national space law, as robots are still controlled by people on the ground and they are still under the supervision and responsibility of a state (or states). In a sense, all satellites are robots. The various rovers we have on different planets, like the Spirit, Opportunity and Curiosity rovers on Mars are our robot avatars. In addition, some robots have already been tested on the International Space Station (ISS), including Robonaut. In the future, issues may arise if robots are programmed to act autonomously. We will then be confronted with many of the same challenges relating to autonomous robots in other domains. Readers might already be aware of the Campaign to Stop Killer Robots, as well as the UN Group of Governmental Experts on Lethal Autonomous Weapons Systems (GGE-LAWS). In the context of space exploration and development, it is likely to be cheaper, easier, safer and more reliable to send robots with AI into space to look for present life or evidence of past life on celestial bodies (ie astrobiology), or to access and utilise lunar resources and built habitats and infrastructure. Robots can withstand the vacuum of space, intense space radiation and g forces many times as great as fragile humans can. However, carrying out some tasks which require precision or human intuition may require humans for a long time to come. The astrophysicist and Astronomer Royal Martin Rees spoke convincingly about this at the annual Breakthrough Discuss conference a few years ago.

Which areas of law deal with robots in space?

The use, authorisation, supervision and assurances for compliance with international law over any robots launched into space are carried out at the national level, in furtherance of a state’s international legal obligations under international space law (especially the 1967 Outer Space Treaty). However, the use of robotics in the space environment is not directly addressed by any national space laws. A good starting point is Title 51 of the United States Code, which contains the main source of regulations for space systems, followed by the detailed regulations and regulatory schemes adopted by the various regulatory agencies.

Who regulates robots in space and what are the regulatory challenges? Which countries/institutions do you think are most effective on this front?

In a general sense, various US federal agencies would be interested in the use of robotic systems in space missions, projects and activities. They include the Federal Communications Commission (FCC), which regulates the use of frequencies, and the Federal Aviation Administration Office of Commercial Space Transportation (FAA/AST), which approves payloads and regulates launches and re-entries of space objects. The US Department of Commerce’s Office of Space Commerce would also be an agency to coordinate with. As previously mentioned, the GGE-LAWS looked at AI, but in the context of armed conflict, and not really on space. It is possible that the UN might look at robots in space, but primarily from an international peace and security perspective. For peaceful purposes, it seems that national approaches will prevail. States like Estonia and Finland are quite advanced in cyber governance, but they haven’t considered the implications of space robots and their governance quite yet.

How important are ethics in this sector and what challenges are there on this front?

Ethics are generally not taken into account in the regulation of space activities, except perhaps as they inform crewed (human) spaceflight. Instead, rights, responsibilities, obligations and prohibitions are the mainstay of international and national space law, including who bears the risk of damage from space objects. However, one source of law where ethics could be involved is the code of conduct for astronauts aboard the International Space Station, which all partner countries have signed up to. The Committee on Space Research (COSPAR) rules on planetary protection, which seek to avoid the contamination of lifeforms to or from Earth, might also be regarded as reflecting ethical principles about preserving space environments and potential life on celestial bodies. The concerns about space debris, and fostering space sustainability of useful Earth orbits, reflect both practicalities, as we want to continue to use these orbits, as well as ethical concerns, in that we want to preserve these orbits for future generations. The French Space Agency (CNES), has an official ethics advisor called Jacques Arnould, but that’s the only space agency with an official philosopher on staff that I know of.

What books on space law would you recommend?

Three excellent books on this topic would be Novacene – The Coming Age of Hyperintelligence By James Lovelock; On the Future – Prospects for Humanity by Sir Martin Rees; and Dreams of Earth and Sky by Freeman Dyson. These were all published relatively recently, and all of them will expand your thinking on many topics, including space and AI. For space law, I would recommend The Handbook for New Actors in Space, which I edited, and finally, the textbook we use at Georgetown, Space Law – A Treatise, by Professors Francis Lyall and Paul Larsen.

How do you see the law governing robots in space developing in the next decade?

As AI advances, it will be robots which do the difficult, dangerous tasks in space, and therefore they will continue to be our avatars. There are many emerging and pressing issues in space law, from debris removal from low Earth orbit, to satellite servicing and more advanced capabilities like asteroid retrieval and utilisation of space resources. All of these will involve robotics. It’s very difficult to predict the future, but it’s still important to try. The effort yields rewards, even if the prediction is doomed not to be perfectly accurate. So, looking to the future, robotics will make the access, exploration and development of outer space, including the Moon and other celestial bodies, quite different from the visions of the future of space travel that existed in previous decades.So, the future is not what it once was. Our technology will advance, but space itself and the laws of physics will not. Because of the distances involved in space, robotics with some degree of autonomy will be crucial. It takes about three seconds for a signal to get to the Moon from Earth, but around 13 to 24 minutes for a signal to get to Mars and back to EarthSo the travel times mean that local autonomy will be necessary. Human spaceflight is also dangerous, so using AI and robots will be safer, and probably cheaper. Robots will therefore be leading space exploration, even more so than the various generations of rovers and orbits already on just about every planet in the Solar System. Turning to governance, lawyers naturally look to the past, and relying on past legal arrangements does often make sense. But because space is so different and beyond our experience, I would urge space lawyers to be wary of transposing previous legal concepts to the space domain. We should invent new concepts of property, rights and obligations to suit our needs, interests and values. Space law currently has a modest set of principles and a great deal of work will be necessary to expand it.

related topics
Space law Global
recent
Popular
twitter
Tweets by RLawJournal
Your experience on this site will be improved by allowing cookies.