Campaign brings together UK Police, Home Office and CAA to raise awareness of rules for drone operators and consequences of illegal use 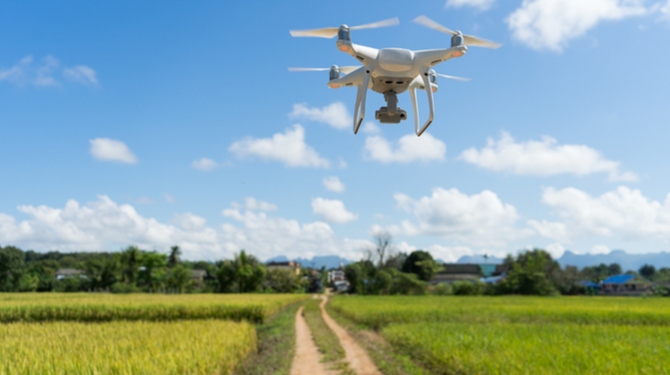 The UK Civil Aviation Authority (CAA) has introduced a new campaign in conjunction with the Home Office and Police to clamp down on drone-related crimes.

Intended to deter drone operators from breaking the law, the campaign, named Operation Foreverwing, will raise awareness of the rules set by the CAA for drone operation and highlight the work being done by the Police to tackle drone-related crime. The Police has dedicated drone teams across the country, tasked with handing out fines and confiscating drones if people fail to abide by the rules.

The announcement supports the CAA’s mission to increase public awareness around safe drone usage, as according to the CAA more than 330 drone-related incidents have been recorded over the last five months.

“The use of drones has increased dramatically in recent years and as a result of that we are seeing instances of dangerous and irresponsible flying,” said National Police Chiefs’ Council lead for counter drones, Chief Constable Lucy D’Orsi. “If you are a drone owner it is your responsibility to make sure you are following the rules for your own safety and that of others around you.”

New drone regulation came into force in the UK in December 2020, dictating that CAA registration is mandatory for operators of drones over 250 grams and all unmanned aerial vehicles fitted with cameras. Failure to comply could result in drone users receiving penalties of up to £1,000.

Patrick Slomski, partner at Clyde & Co, said campaigns like Operation Foreverwing are “important” given that infringements of the rules are often down to the “ignorance, negligence or recklessness” of drone pilots.

“I anticipate that remote identification rules and requirements will be imposed over the next year or two, for many commonly used and available drones,” Slomski said, adding that the current batch of drone regulations in the country provide a “clear way forward” for any future changes.

“Technology such as that enabling remote identification and ‘built-in’ virtual protections, like geofencing, will become widely available in the next few years and I suspect mandatory for many common classes and types of drones,” he said. “Technology of that kind will in many ways simplify and lessen the issues presently facing regulators and those enforcing the rules.”

“With close to 200,000 registered drone owners across the UK, the skies are becoming increasingly busy,” he said in a statement. “Drones can cost thousands of pounds and with fines for breaking the rules, the costs can quickly add up for those failing to comply.”

The UK already has dedicated drone teams dotted across the country charged with enforcing current drone regulation by handing out fines or confiscating drones for those in violation of the law. But as drone usage becomes increasingly commonplace, government bodies are looking to address any shortfalls present in current laws for owners of non-commercial drones.

Last week, India, one of the world’s leading drone markets, announced a new set of rules governing how individuals and businesses can use unmanned aircraft systems in the country. The new rules are intended to be a comprehensive framework that includes the need for permits, permission for every flight and penalties for infringements.