Lawyers weigh in on the bipartisan Democracy Technology Partnership Act 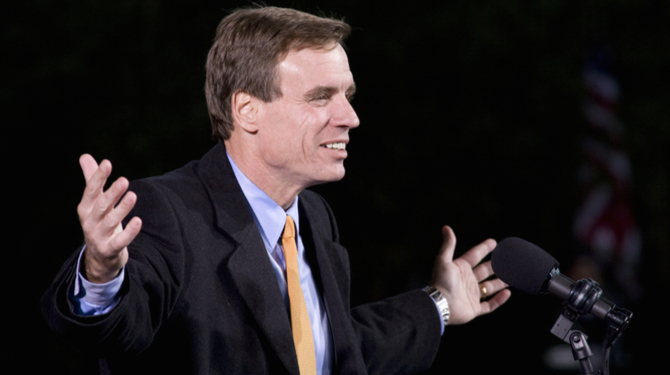 Earlier this month, Senate Intelligence Committee chairman Mark Warner and a coalition of bipartisan senators introduced legislation in Congress intended “to authorise the establishment of a technology partnership among democratic countries, and for other purposes.”

The bill requires the secretary of state to build the International Technology Partnership Office (ITP) to set global tech standards and lead in tech governance. The ITP would be tasked with creating a partnership among democratic countries to conduct joint research and coordinate export controls and investment screening on emerging and critical technologies. It would also aim to implement strategies to provide alternatives to countries the US believes are at risk of acquiring technologies from authoritarian regimes.

The ITP would also be required to create a politically neutral standards process, promote data privacy and sharing, ensure supply chain security and raise awareness about authoritarian efforts to erode democracy using tech. In order to qualify for the overall partnership, members must be democratic national governments, have advanced tech sectors and want to work with the US on defence and intelligence.

“I am not persuaded that the bill supports either a genuine and bona fide US National Strategy for Technology and Security or a suitable model for global technology regulation and governance going forwards”, she said.

She added that the bill is “entirely” focused on US interests and “seeks international cooperation but only for its own economic and security reasons, which in turn could have a negative effect on US national security. The international community to be invited into this partnership is really there to support the US where there are technology gaps (in IP and production for example) and help justify a fund for foreign aid from US taxpayers’ money to sell more US tech abroad.

“There is no vision or provision in this bill to establish any meaningful domestic or global technology legislator or regulator to apply justice principles and processes fairly and stop the current harmful unregulated technology markets now so dominant everywhere and affecting so many people. This bill is about the US technology market gaining even greater market share in third countries where China has investment. For me, this bill is short-sighted and not worthy of international leadership status. It is nothing but a rapid attempt by a small group of US senators to catch up and get some buy-in from non-US partners to legitimately take China out of potentially legitimate technology deals with third countries.”

The legislation authorises the allocation of $5bn for a technology partnership und to support research projects among democratic nations and targeted tech investments in the domestic markets of developing countries.

The legislation also dictates that a technology partnership advisory board be created, consisting of emerging technology experts meant to provide advice to the ITP. The State Department would be required to report to Congress on other countries’ standards and governance, as well as the ITP’s focus areas.

Warner advocated the need for the US to implement a strategy to build partnerships and specifically prevent China from surpassing the US in technology. He commented that China’s Communist Party is working to surpass the US technologically and economically and to export Chinese tech globally.

“In order to compete and counter the expansion of Chinese dominance in critical technology sectors, we need to create a strategy that leverages the power of American partnerships to protect and advance our technological edge”, he said.

He added that the legislation will help to build partnerships among the US and like-minded democratic countries to “better protect and compete against China in critical emerging technologies, while helping set global rules, standards and protocols for the market.”

Isabel Teare, senior legal advisor for Mills & Reeve, agrees that reports indicate the proposed legislation will take a strongly pro-US stance: “While industry regularly calls for international alignment and consistency in regulating new technologies, all too often we see this used as a tool in international stand-offs. This approach drags what should really be a business and consumer safety issue into the realm of political jostling. But indications that the new law will promote cooperation among democratic countries through a technology partnership are welcome. Development of a set of rules and standards that are shared among a group of like-minded nations would be a great start. We see the Global Partnership on AI also making efforts in this space.

“For the other nations participating in this project, there may be concerns that the US will seek to dominate (as with the recent 5G argument). How that plays out remains to be seen.”

The bill was introduced the day after Secretary of State Antony Blinken described China as one of the key threats to the US during his first major speech in office.

“China is the only country with the economic, diplomatic, military and technological power to seriously challenge the stable and open international system, all the rules, values and relationships that make the world work the way we want it to, because it ultimately serves the interests and reflects the values of the American people.

“Our relationship with China will be competitive when it should be, collaborative when it can be, adversarial when it must be.”

related topics
Regulation North America
recent
Popular
twitter
Tweets by RLawJournal
Your experience on this site will be improved by allowing cookies.