A bad first day on the job. Last week, a driverless bus was making its debut on the streets of Las Vegas when it was involved in a collision with another vehicle, just two hours into the trial. It has been determined that the self-driving vehicle was not to blame. 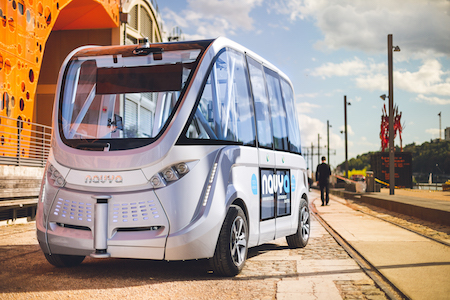 Described as the USA’s first driverless shuttle pilot project geared towards the public, the shuttle bus is the result of the partnership of French vehicle company Navya and British transportation firm Keolis. The shuttle bus had already completed a successful controlled trial in Las Vegas before being sent out on for public service. Two hours after its launch, it crashed.

The other vehicle involved was a semi-truck, there were no injuries, and only minor damage was caused. It has been determined that the truck driver was at fault. The truck backed out in front of the bus, which stopped after sensing danger of a collision. It’s important to note that the driverless bus acted exactly as it was supposed to: it was unable to back up itself due to the traffic behind it, so it stopped. If there had been space behind it, it is likely that the collision would have been averted.

A high profile incident involving a self-driving vehicle will not do the emerging technology any favours in the PR department, even though it was due to human error. Most of the crashes that have involved self-driving cars have been due to human error, and it is vital to remember that as the technology continues to spread, with the potential in the USA for 100,000 driverless vehicles to be tested per year under the Self Drive Act, still yet to be passed in the Senate.