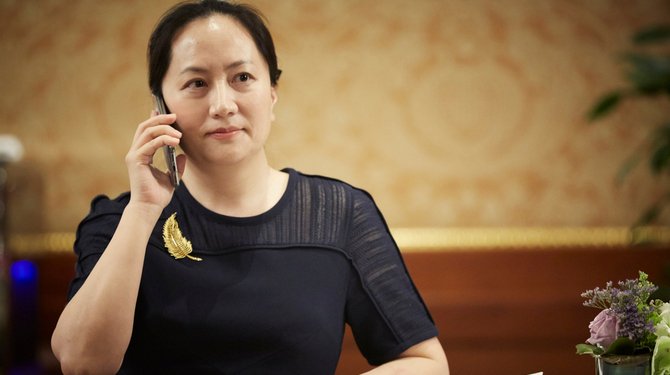 Huawei’s CFO, Meng Wanzhou, has lost a High Court bid to obtain HSBC internal documents relating to allegations of bank fraud made against her in the United States.

In the case of Meng v HSBC Bank Plc & Ors, the British judge blocked the release of the HSBC banking records Meng was seeking to obtain as part of her bid to fight extradition to the US from Canada (where she is currently under house arrest).

The HSBC documents sought by Ms Meng include internal papers about the bank’s compliance evaluation relating to Huawei and Skycom Tech, the unit used by Huawei in its business dealings with Iran from December 2012 to April 2015.

Meng is accused in the US of defrauding HSBC by false misrepresentation about Huawei’s business dealings in Iran, which caused the bank to violate US sanctions.

Meng’s legal team argued that charges against her were based on a presentation she gave to an HSBC executive in 2013 and that the bank was “not in fact misled”. It asked the court to order the release of HSBC documents with full details of the meeting, claiming that an “incomplete version” of her statements in the presentation had been presented by US authorities.

The High Court judge dismissed her Civil Procedure Rules, Part 8 claim and application for disclosure pursuant to Section 7 of the Bankers’ Books Evidence Act 1879 and ordered Meng to pay £80,000 towards HSBC’s legal costs.

The judge said the Canadian court that considers whether Meng should be extradited to the US is the “appropriate forum” to consider whether she has a fair hearing.

He added: “By contrast, I have no real confidence that I am properly equipped to judge whether and if so what HSBC documents would be needed to secure a fair hearing for the applicant in Canada.”

Conan Chitham, an independent consultant technology counsel, highlights the complicated nature of legal proceedings involving a multinational tech giant like Huawei: “The English court’s decision shows the complexity of legal processing for international or even global entities.  A Chinese company’s CFO, being held in Canada, pending extradition to the USA, seeking an English court order to release notes from a presentation made to another global company, HSBC, to help fight the claims being made in the US criminal proceedings.

“The judgment in England makes the point that the English courts were not in a position to decide what documents would be useful and, if any, the extent to which they would. This was a judgment better made by the judge in the Canadian extradition proceedings. The problem is that judge may not have any power to order HSBC in London to hand over the documents, even if they decide they are relevant and useful.”

Colin Levy, legal counsel specialising in legal innovation and technology, believes China’s global relations continue to impact its technological sector: “The case is a prime example of the messy geopolitics involved in multinational technology companies. The tension between China and other world powers continues to permeate all matters involving China, particularly those relating to technology.”

An HSBC spokeswoman said: “This application for disclosure in the UK was without merit and we are pleased that the High Court agreed with our position.”

A Huawei spokesman said: “Huawei is disappointed by [the] court ruling. The pursuit of justice benefits from access to relevant information and clarity of fact. Huawei remains confident in Meng Wanzhou’s innocence and will continue to support her pursuit of justice and freedom.”

This pursuit continued on 25 February when Meng filed an application against HSBC at the High Court of Hong Kong to seek access to the documents relating to her extradition case.