EU's landmark Collective Redress Directive gets the go ahead 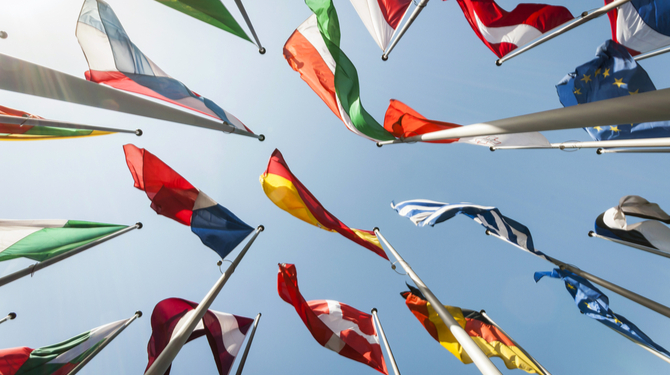 After long negotiations between the European Parliament, Council and Commission, the EU Parliament has formally approved its Collective Redress Directive.

Broad in scope, it covers all infringements that harm or could harm the collective interests of consumers, in areas ranging from data protection and financial services to travel and tourism, energy and telecommunications. Despite a proposal from industry, this includes the EU’s General Data Protection Regulation (GDPR).

Consumers will also have the power to take action on past violations once the directive has been applied in member states, so long as the action’s brought forward after it has been applied. This means that cancellations due to the coronavirus pandemic that are in breach of consumer rights could become the basis for class actions.

The directive is part of the EU’s “New Deal for Consumers”­—largely seen as a reaction to the 2015 Dieselgate emissions scandal involving Volkswagen, in which US consumers were able to seek collective redress while those in Europe were left with little by way of compensation. The "New Deal" was adopted by the Commission in April 2018 and is intended to strengthen enforcement of EU consumer law and modernise EU consumer protection rules.

In a statement from the European Parliament, French MEP and EPP lawmaker Geoffroy Didier commented: “Europe must become a shield that protects the people. This new legislation offers new rights to consumers in their daily lives and shows that Europe is making a difference.”

The directive obliges member states to create at least one collective redress mechanism, or adapt an existing one, so that consumer organisations, regulators and other “qualified entities” can begin representative actions on behalf of consumers.

Successful representative action will result in either injunctions or redress from traders. Redress can take the form of compensation, repair, replacement, price reduction, contract termination or refund.

Data protection was singled out for an “an increased need for more efficient enforcement of consumer law”, due to the evolution of the consumer market for digital services.

Jeremy Sher, partner and leader of the global class actions group at DLA Piper, said: “Though there are always disputes, the directive creates a further avenue for data breach compensation. DLA Piper’s GDPR Data Breach Survey 2020 showed that there were over 160,000 reported data breach notifications since GDPR came into force on 25 May 2018. Though many of these will be minor, only one or two major breaches are needed to create potentially hefty collective claims. I question the extent to which businesses inside the EU, or those outside involved in EU trade, are ready for this potential exposure.”

The directive will come into force 20 days after it’s published in the Official Journal of the EU, which is expected before the end of the year. EU member states then have 24 months to transpose it into national law and an additional six months to apply it.

Litigation strategies prevalent in countries such as the USA and Australia where class actions are already common are expected to be deployed in the EU for the first time when the directive is realised in 2023.

The directive specifically safeguards against abusive litigation by ensuring that courts retain the right to eject any specious, “manifestly unfounded” representative action brought. The funding of qualified entities must also meet transparency requirements.

In addition, all representative action resulting from the directive will operate a "loser-pays" policy in terms of legal fees. Though the "loser-pays" policy exposes businesses further in the instance of a defeat, redress measures cannot be punitive and must reflect only actual harm to consumers.

Member states must ensure that cross-border actions can be brought by cross-border qualified entities from other member states and have one representative action minimum in place to comply with the directive.

States such as France, Belgium, Italy, the Netherlands and Sweden have mechanisms for class action in place already. But “for much of Europe, these types of proceedings are entirely new” said Jean-Pierre Douglas-Henry, global co-chair of litigation and regulatory at DLA Piper.

Member states have been left a significant amount of room in their transposition of the directive to domestic law. It is at their discretion whether a representative action can be brought in judicial proceedings, administrative proceedings, or both.

Criteria for cross-border qualified entities will be comparatively stricter and will be standardised across the EU, including that they must be non-profit and able to prove their independence from third parties aiming to benefit from abuses, though member states are expected to set their own criteria for domestic qualified entities.

Member states can choose whether to provide for an opt-in or opt-out mechanism, or a combination of both. An opt-in mechanism will be required for cross-border representative actions.

Additionally, Article 18 of the directive specifies that the disclosure of evidence is ‘subject to the applicable Union and national rules on confidentiality and proportionality.’

There are concerns that this elevated level of discretion will lead to a competitive landscape and ‘forum shopping’, as the jurisdiction of a proceeding will effectively be selected by the claimant.

Additionally, qualified entities will only need to identify a group of affected consumers without supplying their identities. This could mean that action will be readily and quickly taken against traders after an infringement.

Though, “the level of detail of the information required could differ depending on the measure that the qualified entity is seeking and whether an opt-in or an opt-out mechanism applies.”

With automated tools that can assemble and process cases from internet data available to plaintiffs, the scope for litigation is looking broad.