The European Patent Office’s report shows the US is by far the most innovative country in Fourth Industrial Revolution technologies, with Europe losing ground China and Korea 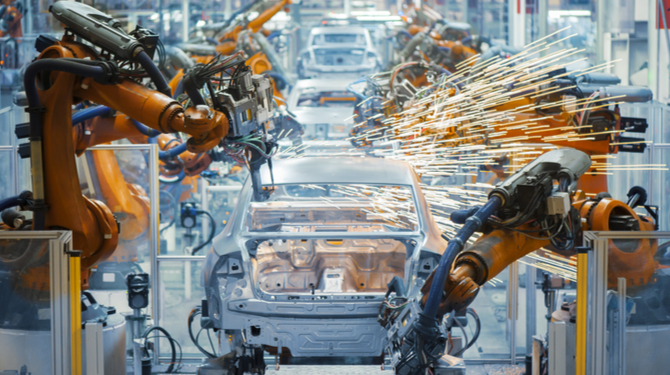 The Fourth Industrial Revolution (4IR) is already triggering a transformation in value creation and consumer behaviour. The European Patent Office’s (EPO’s) new report that maps 4IR’s global progress defines it as ‘a constellation of disruptive technologies – the internet of things, cloud computing, big data, 5G communication and, of course, artificial intelligence’ that is paving the way for a new data-driven economy.

The report points to the rapidly accelerating pace of innovation in 4IR tech over the past decade, with global patent filings for smart connected objects growing at an average annual rate of nearly 20% between 2010 and 2018 – almost five times faster than all other technology fields. 4IR technologies accounted for more than one tenth of global patenting activities by 2018, with the report stating that this growth only looks set to continue in the coming years.

The EPO anticipates this boom in 4IR tech will contribute more than two trillion euros to the EU economy by the end of this decade.

However, Europe is in danger of lagging behind other innovation centres. The report studied 4IR-related international patent families (IPFS), which are inventions considered valuable enough to have applications filed in two or more patent offices.

The US emerged as by far the most innovative world region in 4IR technologies, with roughly one third of all the IPFs between 2000 and 2010 and subsequently reinforcing this lead with faster growth (18.5% annually on average) than Europe and Japan. These latter two each accounted for around 20% of all the IPFs from 2000-2018, with South Korea and China each contributing 10%. However, South Korea’s and China’s activities in innovation have increased rapidly from very low levels in the late 2000s (25.2% and 39.3% respectively per year on average).

Karim Derrick, product and innovation director at Kennedys IQ commented: “The European Patent Office study shows that innovation in fourth industrial revolution technologies has accelerated significantly worldwide but also demonstrates that Europe is losing ground to both the United States and the rapid growth of China and Korea patents since 2000.”

Data management was identified as the largest area of growth and examined across four distinct categories: monitoring functions, analytics and diagnosis, planning and control, and prediction and forecasting. The results of vast progress in these areas, combined with the IoT, will ‘displace the focus of value creation and innovation from traditional engineering towards the automated regulation of any type of system through the collection and analysis of data.’

The future is outlined as a digital economy in which ‘the automation of routine intellectual tasks changes the nature of human work.’ Policy makers will have to draft legislation that tackles difficult problems such as liability for decisions made by AI, the disruption of the labour market, rising cybersecurity risks and the changing landscape of antitrust and consumer rights.

Charlotte Walker-Osborn, international head of the artificial intelligence and technology sector at Eversheds Sutherland said: “arguably, many of the European countries (including the UK’s) laws around patents in these areas set relatively high bars. The laws are changing a lot to take account of these new technologies so it will be interesting to see if these changes impact patent applications moving forwards.”

The EPO ranks Seoul as the leading city globally with 9.9% of 4IR IPFs between 2010 and 2018. Tokyo is second with 9.8% and Silicon Valley third with 6.8%. Seoul’s Electronics and Telecommunications Research Institute is the top public research organisation with a noteworthy 150% more 4IR IPFs than second-place German research organisation Fraunhofer.

Tom Furnival, associate and patent attorney at Mewburn Ellis said: “It will be exciting to see if this level of development can be maintained into the longer term, and also to see how this affects the approach innovators and manufacturers take in relation to their IP portfolios. In a world of standards essential patents and FRAND licensing, which often come to the fore in this field, it might be more valuable to have a bundle of ‘twigs’ rather than a big ‘stick’”.