After the approval of new civil aviation rules, drone users caught flying without a valid licence could face a fine of up to Dh20,000 ($5,445). 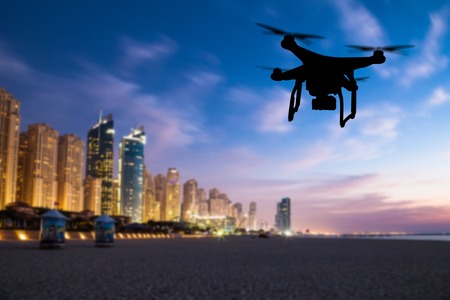 The new rules, given approval from the Crown Prince of Dubai Sheikh Hamdan bin Mohammed, applies to both users flying recreationally and those flying them commercially in the United Arab Emirates. Unregistered users will be fined between Dh1,000 and 20,000.

The increased level of fines is part of a broader move of tightening drone regulation in the country, sparked primarily by repeated drone incidents at Dubai airport, which had to be shut down three times in a four month period last year, costing the country approximately Dh3.7 million ($1,007,350) for every minute that UAE airspace was closed, according to The National.

A fine of Dh30,000 ($8168) will hit those who organise an air display without a no-objection letter, and organising an event that can affect air traffic can result in a Dh10,000 ($2723) fine. Those wishing to carry out aviation activities must now obtain a licence from the Dubai Civil Aviation Authority.

Because of the new rules, sales of drones have fallen in the country, with hobbyists worrying about the extra potential costs involved in registering the device. There is expected to be changes made to the UAVs themselves to limit their range and capabilities, which could be off-putting to potential customers too.

A lack of clarity over the rules as well as the promise of hefty fines is leading to a cautious market, as users are unenthused by the requirement to hold a licence, insurance for the drone, and the prospect of a large fine and even a year in prison for not complying with the rules.