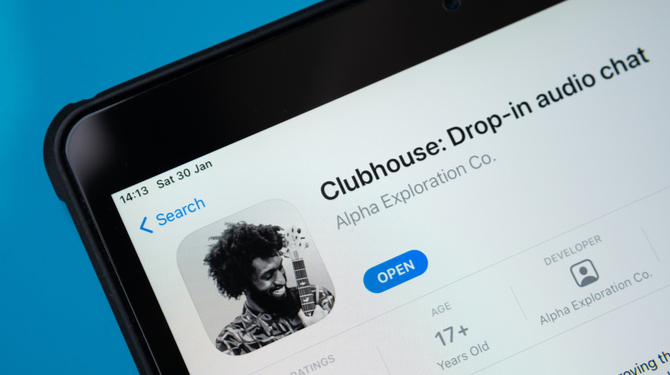 Shutterstock
The app’s valuation has skyrocketed rocketed from $100m last May to reportedly around $1bn in recent days.

On Monday it was confirmed that the popular discussion app Clubhouse had been rendered largely inaccessible in China through the blocking of its API, in a move with all the hallmarks of state censorship.

A ‘#ClubhouseBlocked’ hashtag trended briefly on the popular Chinese microblogging site Weibo shortly after it became unavailable, before Weibo search results for the hashtag themselves disappeared.

It seems the US-based app, which is only available on iPhones and unlike many Chinese apps was not subject to censorship, may have taken Chinese censors by surprise when it exploded in popularity in recent weeks. An invite-only platform that provides digital ‘rooms’ for people to communicate exclusively through audio, it theoretically ensures privacy by not recording conversations.

For a brief time, it provided a way through the Chinese state’s sophisticated “great firewall” censorship system and enabled people from the mainland and overseas to discuss sensitive topics such as China’s treatment of the Uighurs and the political status of Taiwan.

The FT reported that invites were being sold for as much as $77 each, though they are supposed to be free. Each user is allowed to issue one invite.

Although no official statement about the matter has been made, the nationalist Global Times newspaper downplayed the image of Clubhouse as a haven for free speech, claiming that users were concerned about one-sided discussions and anti-China sentiment.

Clubhouse being knocked offline in China is emblematic of tension between state regulators and tech platforms across the world. In states where censorship is prevalent, there is a demand for digital safe havens where citizens can exchange information without fear of retribution.

David Naylor, partner and head of the data privacy, information law and cyber security team at Wiggin, said: "In the privacy space, more and more jurisdictions are implementing local law with extra-territorial effect, which will become increasingly difficult for international players to comply with. The disabling of clubhouse in China may seem abrupt, but it is entirely possible that the future of the international privacy landscape will be even less harmonious than is currently the case.”

Censorship in China even extends to strict regulation of video games, with Nintendo Switch’s best-selling Animal Crossing being removed from Chinese online stores last April after some players in Hong Kong used the platform to stage protests.

In countries where free speech frameworks are already in place, there is a parallel demand for platforms that don’t operate on surveillance business models.

Clubhouse is already under scrutiny for its own data practices, including obliging users to share their address book with the app in order to invite friends. This enables its developer Alpha Exploration to collect personal data from contacts who haven’t given their consent and who don’t use the app, data which is then transferred to US servers.