Brazil’s quest for automation of justice

Brazil is looking to technology to solve the crisis in its judiciary, but the push toward digitalisation could be hindered by the chaotic system already in place, writes Salus Ferro 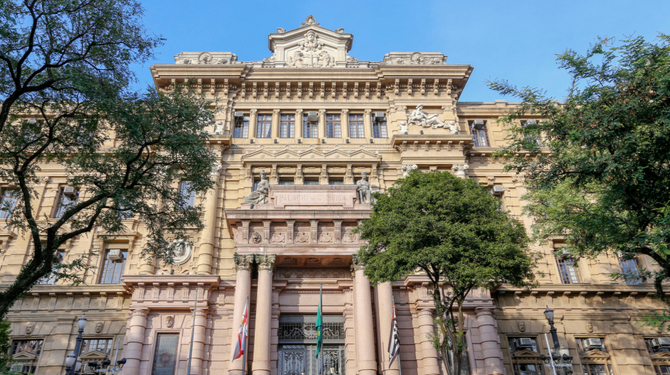 Brazil’s legal system is one of the largest in the world, with one lawyer for every 190 inhabitants. Its 91 courts process more than 111 million cases each year, or one case for every two Brazilians. This gigantic litigiousness places high demand on the system, causing chaotic procedural delay that can make access to justice unachievable. There is a backlog of nearly 80 million lawsuits awaiting a final decision and the country spends more of its GDP than any other nation on its Judiciary Branch (almost two percent).

Attempts by Brazil’s government to combat the crisis in the justice system include implementing electronic processes and encouraging consensual methods of conflict resolution. The 2015 Code of Civil Procedure was intended to increase procedural speed and efficiency through solutions such as mediation, conciliation and arbitration, but did not produce the hoped-for results. Likewise, the digital platforms for processing cases have had technical and infrastructural limitations since they were first implemented in 2005, due to the instability of the servers.

Using technology to solve problems in Brazil’s justice system has become a major agenda for stakeholders, both public and private. This has taken on an increased urgency in light of the Covid-19 pandemic, which has necessitated court hearings and other processes to become digital and highlighted the technical problems in the current system.

The country has seen an explosion in legaltech companies and a push toward digitalisation in its courts, 72 of which now use AI systems for tasks such as indication of sentences and jurisprudence, but also for automation of sentences and decisions. The Brazilian Supreme Court uses a robot named Victor to conduct sentence models and case studies; the robot alone enables partial automation of the system and forms a model for expansion with the judiciary.

The current major limitation to expanding use of AI in Brazil’s judicial system is the country’s limited infrastructure, as well as the vulnerability of these tools to being attacked. Hackers invaded the entire computer network of the São Paulo state judiciary last November, the largest in the country, as well as the Superior Court of Justice, requiring the creation of a cyber committee to monitor electronic systems in the courts.

These events show the potential danger of using more autonomous tech in the judiciary, especially tech that, in a bid for greater productivity, produces decisions without human supervision.

Although Brazil is not yet able to digitalise its judicial system in the same way as countries such as China with its Smart Courts, it is implementing a standardised platform for all legal procedures. The platform is used for storing data, which in turn trains AI systems for the judicial system and contributes to Brazilian Big Data.

The platform has been in use in a number of courts across Brazil since last November, including Rio de Janeiro, São Paulo and Espirito Santo, and following validation of the results provided by AI should be adopted by other regions.

However, the platform is not without its issues, especially for those looking for a short-term solution. Storing a large volume of data creates difficulties in providing clean data for collection, which hinders the application of the algorithm created for analysis of AI as a basis for autonomous results and weightings. Data collection is also difficult for a number of reasons: (i) different judgments and parameters to legal interpretations; (ii) different electronic systems in the states of the jurisdiction; (iii) the instability of the servers and the technological scarcity in the courts; (iv) the difficulty of digitalising the whole system and the maintenance of physical processes.

These difficulties are especially pronounced in Brazil, where high legal insecurity means it’s common for the same situation to lead to disparate decisions in other courts in the same jurisdiction. Electronic processes are inconsistent, as previous uneven digitisation has resulted in more than 40 platforms being used by different courts. Perhaps unsurprisingly, people working within Brazil’s judicial system struggle with its multitude of different softwares.

Brazil sees in technology the solution to a judiciary in crisis. However, projections for automation are limited by the technology itself, which due to the chaotic system in which it operates produces comparatively less accurate results. At present it cannot be relied upon as more than an aid tool. An added concern is that lack of regulation assumes human supervision and review. Brazil must resolve these issues if the push for speed and efficiency is not to come at the cost of justice.