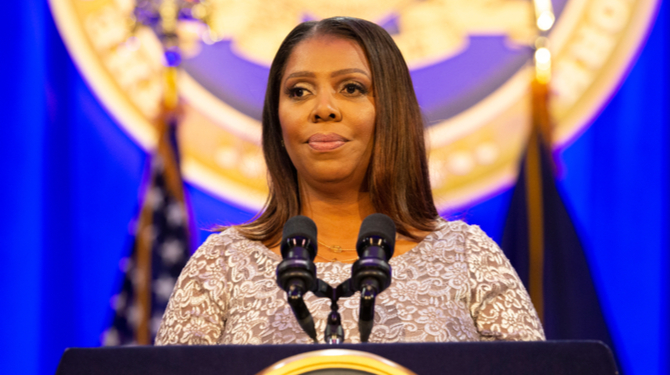 Filed on Friday in Brooklyn’s federal court, Amazon’s complaint alleges that the state of New York’s attorney general Leticia James threatened to sue the e-commerce behemoth if it did not adhere to a list of demands designed to boost the safety of warehouse employees during the pandemic.

Amazon’s lawsuit extensively detailed the extra measures implemented to protect its workers from the virus. It also accused James of failing to observe the federal jurisdiction of workplace safety issues.

James has been an outspoken critic of Amazon’s treatment of employees after the City of New York initiated a human-rights investigation into workplace safety at warehouses in March 2020. The filing asks the court to halt the investigation.

In a statement made on Friday, Leticia James said: “This action by Amazon is nothing more than a sad attempt to distract from the facts and shirk accountability for its failures to protect hardworking employees from a deadly virus.

“Let me be clear: We will not be intimidated by anyone, especially corporate bullies that put profits over the health and safety of working people. We remain undeterred in our efforts to protect workers from exploitation and will continue to review all of our legal options.”

This is the latest development in escalating tensions between the State of New York and Amazon, as the pandemic intensifies scrutiny of the working conditions to which Amazon’s 876,000 warehouse staff members are subjected around the world. Many countries have deemed these workers essential during the health crisis.

Amazon passed an unannounced inspection of its Staten Island facility on 30 March and has claimed that infection levels in its workforce there are half that of the State of New York.

The filing is extensive in its detailing of the extra measures implemented to protect its workers from the virus, including additional cleaning, social distancing signage and staggered shifts. It also accused James of overreach, arguing that such workplace issues are a matter for federal regulators. An excerpt from the filing reads:

“More fundamental than applying an inconsistent and incorrect standard, the OAG lacks the legal authority it purports to wield against Amazon.”

James Brudney, a labour law professor at Fordham University, told the The New York Times: “Federal law does pre-empt state workplace safety enforcement in many cases, though there are exceptions Ms. James could argue.”

The firing of Christian Small, an organiser of a walkout at the Staten Island warehouse in March, escalated tensions when he claimed he was fired to silence the voices of maltreated workers. Amazon claims he was dismissed for protesting on the premises in breach of the paid quarantine leave demanded of him after he came into contact with a colleague who had tested positive.

Smalls filed a lawsuit against the company in November, seeking compensation for Black and Hispanic workers. James’ office has said it is looking into “other cases of potential illegal retaliation.”

“He's not smart, or articulate, and to the extent the press wants to focus on us versus him, we will be in a much stronger PR position than simply explaining for the umpteenth time how we're trying to protect workers.”

Outgoing Amazon CEO Jeff Bezos anti-unionisation stance is well documented. On 2 February, the FTC issued a $61.7m fine to the retailer for failure to disburse tips to its Flex delivery drivers.