Canadian UAV manufacturer, Aeromao, has conducted a Beyond Visual Line of Sight (BVLoS) operation, flying at a distance of 30km away from its operators. 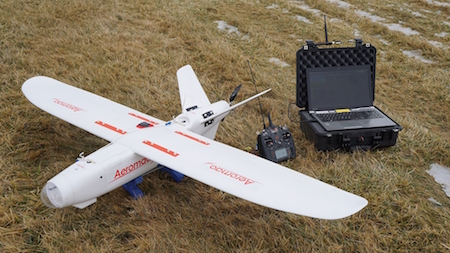 The mission was conducted in the Andes mountains in South America, using the company’s Aeromapper Talon UAV. With a wingspan of 2m, weighing 3.5kg, and moving at a speed of 50km/h, it is designed, as the name suggests, for mapping and surveying an area.

The Talon was able to autonomously fly to an area 30km away from its launch site, far beyond the operators’ visual line of sight, while maintaining constant communications and control link. In the return trip, the drone flew 60km in a single hour of flight, and with a two hour flight time, could have remained in the air for longer, before it landed autonomously, deploying a parachute at low altitude.

BVLoS is seen as one of the next steps in drone innovation, due to the potential uses of the technology for more in-depth surveying of areas, able to assist in such tasks as wildlife monitoring, safety inspections, and many more that can benefit humanity.

Regulation on UAVs is still at the stage that requires drone operations to be within visual line of sight, due to safety and privacy concerns, but BVLoS flying is now being tested across the world in specific areas and testing environments.