How Motor Insurance Will Become Automatic

Alistair Kinsley, director of policy and government affairs at law firm BLM, speaks to the Robotics Law Journal about the issues that manufacturers and insurers face with the advent of driverless cars, as well as how the motor insurance industry is likely to change. 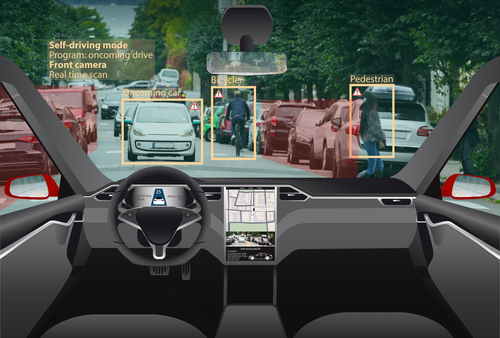 Robotics Law Journal: What’s your role at BLM and what work have you done with driverless cars?

Alistair Kinsley: BLM specialises in the general insurance world, doing motor insurance, applied liability, professional claims, on behalf of insurers and insurance, so we defend those case for a significant proportion of UK insurers.

My role in the firm is director of policy and government affairs. My job is to make sure we’re keyed into what’s going at Westminster and Whitehall in terms of legislative change and other reform topics and we respond to government consultations take part in whatever stakeholder engagement that affect our business and our clients’ business.

In terms of autonomous vehicles’ insurance, we look at what the insurance regime should look like in the first instance for these vehicles in the UK, in particular, and how that might differ from what we have at the moment. There’s a lot of legislation emerging in this area, such as the completely Electronic Vehicles Bill.

RLJ: What issues do manufacturers and insurers need to be aware of?

AK: One of the key things is data and setting up the system whereby the data is obviously secure – relating to what the vehicle is doing, how it’s behaving – but also it’s able to be shared properly, appropriately, and in a timely way between the manufacturers, the operators, and the insurance companies, for the purpose of establishing what happened in an accident, because that is absolutely critical.

The proposals in the current legislation we have are that insurers will, in the first instance, deal with the claims that arise from the use of automated vehicles, so they’ll indemnify people who have been hurt or had property damage as a result. If it turns out there was something not quite right in the way the vehicle was behaving, then the insurer would recover against the software and hardware manufacturer, or people involved in the technology. Accurate data is what will unlock the provision for insurers to exercise the right to have paid claims.

Data protection for the user is also important. There’s been a fair amount of work done by research and automotive factories coming up with templates and minimum requirements for the data that insurers would need. It centres on the short period before and immediately after an accident; data relating to the driver’s previous routes are considered irrelevant, even if potentially sensitive. For insurers examining incidents, they want to know the position of the vehicle immediately prior to the accident, what braking and acceleration had been applied, whether the seatbelt were engaged, the number of occupants in the car and so on. It amounts to a set of targeted data points than a blanket retrieval of personal data.

Dealing with the handover between human and machine, one way or the other, is really important. There has to be clarity about which mode the vehicle is operating in. The preferred approach is that in the period of transition, you don’t transition until it’s been completed. Effectively, if the vehicle is being manually driven then it’s not being regarded as being driving itself until after the machine has been set up and has fully taken over (driving); equally the other way, if there’s a warning that the human should step in, but if they don’t step in, it’s still legally in autonomous mode. You don’t have this grey area, there needs to be a white line between the two for the purposes of establishing liability.

RLJ: How will the future motor insurance world look in thirty years?

AK: There will be some changes. If we do see greater take up of automated driving, it seems to me entirely plausible that the UK insurance sector might move away from the idea of insuring someone to drive a vehicle, instead just insuring the vehicle to be driven. Automated cars are likely to be expensive in terms of purchase price, because of all the technology that needs to go into it and certain upkeep requirements, might result in major changes in the ways that cars are owned and leased. Maybe a move towards shared ownership, or subscription style usage base services – you call up the automated vehicle for your journey to work, you don’t own that vehicle, you pay a subscription fee which covers the cost of that journey. Insurance could be easily integrated into the entire subscription service. Current startups, such as Trov already have explored on-demand insurance, working with Waymo to automatically insure taxi rides when they roll out.

Further down the tracks there’s a possibility that the insurance provision will just be integrated into the purchase price if people do purchase these cars, but shared ownership, on-demand services, look to be an important feature in the longer-term.

Car ownership is likely to change and the insurance structure needs reshaping than just mere adaptation of current rules. But we’re not going to have a Year Zero, we’re going to have a mixture for quite some time. We’ll get to a tipping point when there are more autonomous vehicles than not and we switch to this new way leasing and insuring cars. While there’s a slow take up and penetration of these vehicles, it’ll be business as normal for some time.

RLJ: High-profile AV car crashes are PR nightmares for the technology, how can we get round that?

AK: Safety and public awareness are very important. It seems to me that some balance in this debate is pretty important. There are unfortunately still vast numbers of people being killed and maimed on a daily basis by conventionally driven vehicles. Those accidents don’t attract headlines in the same way as driverless cars. I’d like to see a little more balance in that regard. I think that these accidents are really unfortunate, there should be a genuine public debate how the technology needs to be trialled, what the benefits might be, and putting into the context of what happens on the roads more broadly speaking.

RLJ: How can we instil trust in the technology?

AK: Some greater clarity from governments and regulators about what they’re seeking to achieve and what the potential benefits to the public would be for this new tech. So the narrative is not so much about the uncertain or difficult aspects of the technology but is more around the social benefits and the spin-offs that will result. It’s a difficult dialogue, with the risk of backlash from incidents, whether that’s with driverless cars or medical AI. Greater clarity is necessary from the regulators given that this technology is so new.

It’s worth emphasising that while there are some potentially great benefits in terms of improved mobility, reducing congestion, ability on-demand that puts safety forward for individuals, it’s very easy to lose sight of the fact that automated transport potentially might well take off much more quickly in the commercial sector with road freight and automated commercial vehicles going out on arterial routes in the country. There will be big opportunities there.