Dialogue on disrupting technologies: Should robots have rights? 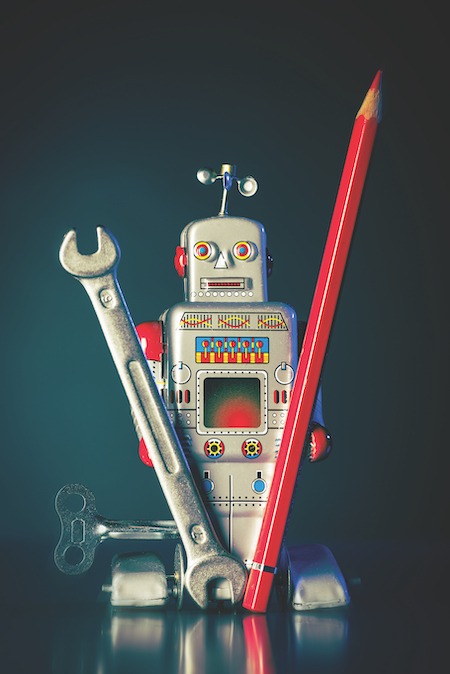 Robots are on the rise. They make life easier, they make economic processes more efficient, and they are even becoming objects of love and lust. At the same time, new ethical and legal questions arise. Should robots have rights? Can we send them to war? And, who is responsible for any "mistakes" that robots make? They also make us question ourselves, and may teach us something about humanity. We can all agree that robots are not human. But what distinguishes us from "them"?

In November, the Utrecht University Centre for Global Challenges presented the “UGlobe Dialogue” on disrupting technologies at the Robot Love exposition in Eindhoven. The rise of robots was discussed from different perspectives by professors Paul Verschure, Madeleine de Cock Buning, Janneke Gerards and Albert Meijer. Discussions were led by Lucky Belder (Utrecht University).

The Robot Love exposition, which went on a mini roadshow to Berlin, Istanbul and Teheran, explores the use of robots in our daily lives and reflects on their role in society by the work and visions of various artists, designer and experts. The exposition, organised by Ine Gevers and her Niet Normaal Foundation, showcases not only how robots can help us to become better people and to improve society, but also explores the more negative consequences that might arise from the use of robots and artificial intelligence (AI). By doing so, it wants to find out whether and how we can learn to accept robots as newcomers in our everyday lives.

The dream of robotics

The "dream of robotics" often involves a level of anthropomorphism, where robots are created in our image. The eighteenth century Jacquet-Droz Automatas of, Ishiguro’s "Geminoid", and the younger robot Sophia, all share that they are efforts to recreate human bodies, behavior and intelligence. Verschure pointed out that we should not let their human-like characteristics deceive us, and that we should always keep asking ourselves: who is controlling the robot? Verschure also explained that current artificial intelligence is not as developed as some like to think, hope, or fear. Our ability to make machines that can ‘learn’ are still based on theories and technologies developed and invented more than fifty years ago. Current developments and advances can essentially be linked to a growth in available data and an increase of processing power. Significant advances in our ability to emulate true intelligence have not yet occurred. The "artificial intelligence revolution" will not happen soon. Therefore, discussions should not focus on when robots will be smarter than humans, or how to stop killer robots from taking over the world.Instead, our focus should be on how to solve significant real-world problems, such as the shortage of raw materials used to make smartphones, the enormous amounts of energy that are used for computing, and the security of systems.

As a final point, Verschure shared his vision on robots and artificial intelligence. He argued that the goal of robotics and artificial intelligence should be used to advance our human societies and lives, and by doing so to strive for the Aristotelian Eudaimonia. To that end, we must find forms of "cooperation" with technology and future robotic entities and find a way in which robots can help us reaching the Sustainable Development Goals.

Can robots be creative?

Posing the question whether robots can be creative and whether their products should be protected by intellectual property rights, Professor de Cock Buning said there is no doubt that machine created works can be of great value. That is illustrated by the recent auction of a painting created by the algorithm minG maxD Ex[log(D(x))]+Ez[log(1-D(G(z)))] for €375.000. But can a machine also be creative, and if so, can its works be protected by copyright?

De Cock Buning pointed out that in order to find out whether such machine created works can and should be protected by copyright, a parallel can be drawn with the history of photography. Initially, there was discussion about whether making photographs involved a level of human creativity. Louis Daguerre, one of the inventors of photography, saw his invention as a way in which nature reproduced itself. Following this line of reasoning, photographs should not be protected as creative works of art. Yet, already in 1884, the US Supreme Court decided in the case of Burrow-Giles Lithographic Co. v. Sarony that a photo can be seen as an original work of art as the photo is the product of the choices made by photographer, such as the positioning and arranging the subject and disposing levels of light and shadows. Photos were thus protected by copyright. Nowadays, more than 130 years later, this is commonly accepted. What does this tell us about machine created works of art? Can works also be protected if no human intervention took place? To answer this question, Madeleine de Cock Buning argued, we should go back to the foundations of copyright law: at the one hand it serves as an (economic) incentive to create, and at the other hand it serves the principle of fairness that the creator of a work has a natural right to pick the fruits of its labor. The extent to which we think that robots fit these foundational principles will determine the answer to the fundamental question.

Do robots have rights?

Addressing the topic of fundamental rights for robots, Professor Gerards explained that in our legal system we make a distinction between natural persons, legal persons (such as a company or foundation) and objects. Robots now fall in the latter category and therefore do not benefit from fundamental rights – they are objects, not persons. In order to define the position of robots in our legal systems, the European Parliament in 2017 asked the European Commission to analyze the consequences of creating a specific and new legal status for robots. The resolution was heavily criticized in an open letter that was signed by many academics.

To find out to whether robots should have fundamental rights, Janneke Gerards said that we should firstly reconsider why we grant fundamental rights to persons. Is it because of their intelligence? Robots typically have that quality, at least to a certain degree. However, to what extent are, e.g. babies able to act intelligently ? And what about coma patients? Both undeniably are bearers of fundamental rights. Or is it because persons are sentient beings and can experience emotions and pain? Robots are still lacking those capacities, so from that perspective, it would not be logical to allow them to claim fundamental rights.

And yet, in some cultures, fundamental rights are granted to non-sentient beings, such as rivers or mountains. Indeed, instead of regarding fundamental rights as a set of rights to be claimed by a person, they also can be regarded as duties of care, to be borne by governments and individuals alike. Humans may have such duties towards their fellow human beings, but also towards, for example, animals and even objects. This also might be a solution to deal with the legal position of robots. Although we are currently not at the stage in which robots are that autonomous that they are in need of fundamental rights, it is important to think about this topic, as it will to a large extent also shape the future relationship between human and robots. Following the current developments, it is likely that the distinctions between humans and robots, which are now still clear-cut, will blur. We then have to know where the human ends, and where the machine begins, and what this means for our duties of care.

Focusing on the use of robots in the democratic process, Professor Meijer said there is a tension between informatization and the logics of the trias politica. Whereas informatization is aims to stimulate efficiency through creating connections, the trias politica seeks to separate systems in order to prevent abuses of power. Nowadays, we can already see several examples of informatization several branches of the trias, such as the use of robots by the Dutch Central Judicial Collection Agency for imposing fines. By doing so, robots can help attaining the Weberian ideal of bureaucracy, but at the same time we should ask ourselves the question whether we think it is desirable that humans are excluded from such decision making processes. We should for example keep in mind that breaches of the law can also be seen as a societal learning process. Would Rosa Parks for example still be able to change the system when a closed system of automated decisionmakers would have to judge her case? In order not to lose the unique features of our current system, Meijer made three recommendations. First of all it is important to focus on the question of accountability: what needs to be accounted for and who should do so? See in this regard also the PhD-research of Maranke Wieringa. Secondly, all systems should have a "human in the loop", meaning that humans should always play a role in processes in the trias politica. Finally, competing systems should be used, in order to provide different perspectives to look at reality. By valuing friction, we can maintain the human aspect in the social life and we can prevent the abuse of power of either humans or systems.

The discussions of the legal and ethical approach towards robots show that issues that at first might seem to be related solely to non-living machines, to a large extent force us to redefine our relationship as humans with robots, but potentially also our views on what makes us human. In order not to slavishly follow the technological developments and not to keep shooting on moving targets, it is important to think on a fundamental level about these issues and to create a legal-ethical framework that is fit for the future.