Cryptocurrency spurs the rise of cryptobots

At a recent Bloomberg Crypto Summit held in London, panel speakers agreed the immediate outlook for cryptocurrency is a little shaky, though they are confident the industry is simply experiencing a temporary setback. Meanwhile, there is a global regulatory debate about whether we should be talking about crypto as currency or assets, raising a significant point about the legal quality of these instruments. 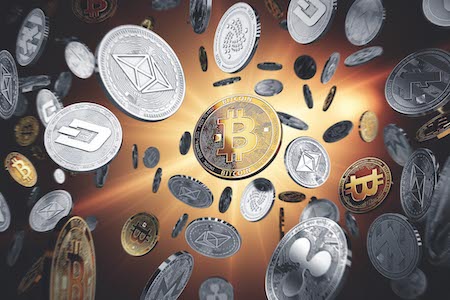 Currently, the popular activities are to have a raft of meetings and draft reports, and, play with the law in regulatory sandboxes. In the first article of a three-part series, Dr. David Cowan takes a look at cryptocurrency and the trading bots. In the remaining parts, he will look at the regulators more closely (part 2) and the cryptocurrency and financial crime (part 3).

Investors plunged into cryptocurrencies in 2017, which created a surge in cryptocurrency prices, a crypto craze. The price of Bitcoin, the most well-known cryptocurrency, increased over 1,000% in that year. Celebrities were quick to endorse them, everyone seemed to be crowdfunding,  eager investors were stuffing their cryptocurrency wallets, while new exchanges offered the possibility of breaking down the traditional exchanges. All of which raised questions about how these things - since we didn’t quite grasp what they are in fact - should be regulated, but it was a realisation that crept up on regulators more than anything else.

As with any custodial relationship involving the holding of assets on a customer’s behalf, the regulators were quickly wary of the trust issues associated with these initiatives. The involvement of criminals and collapse of cryptocurrency platforms pushed the envelope. All this while customers lost hundreds of millions of dollars as a result of either fraud or failure. Cryptocurrency exchanges, as marketplaces for users to trade one cryptocurrency for another or for government-issued currency, came under increasing scrutiny. What makes the issues so complex is that the industry is still nascent, and cryptocurrency markets are fragmented and numerous, spread across various jurisdictions.

If we take a step back, it seems perfectly natural that robotics and AI are obvious candidates for productive use in financial markets. After all, there are natural patterns existing in financial markets and these are used to massage data in order to predict outcomes. As the patterns become clearer, and the big data gets bigger, the products grow more intelligent. Traders are using the deep learning capabilities of AI to measure current data to predict fluctuations in the market to profit in the future. Cryptoasset trading is an extension of a well-trodden path, but they do raise some novel challenges.

While current legal frameworks in the finance industry are robust enough to handle some of the challenges that autonomous and robotic products and services are bringing to the industry, there is still a chase on to adapt and develop responses. Technical developments cannot progress in isolation, and the more there is dialogue between the creators, commercial interests and legal professionals then the better. There is the obvious expectation that the law will continue to protect and regulate, but developing legal thought and drafting regulation is arguably more challenging in the area of financial markets than in many other sectors.

Certainly there is a sense of fear, popularized by writers like Michael Lewis, whose Flash
Boys book has again raised the spectre of doubt over Wall Street amongst the American public. Lewis argues the specific point that the stock market is a rigged game, and ‘high-frequency traders’ (HFTs) or those using trading bots, are preying upon more traditional Main Street and institutional investors. The practices of the HFTs and the exchanges certainly offer good grounds for suspicions that the markets are subject to unfair and deceptive practices carried out by some participants. However, it should be noted that the profitability of HFTs should not be overstated; indeed they are that considerable by Wall Street standards.

The rise of cryptobots

Cryptocurrencies face extremely volatile price swings, more so than the usual for traders used to extreme gains and losses within a few hours. Trading using cryptobots increases profits and saves time, though a defective trading strategy just means an even faster loss for the unwary investor. Cryptobots are tools that make trading decisions based on an algorithm so if the underlying algorithm and framework is poorly designed, it simply amplifies the effect on the investor. Cryptobots are essentially software programs that quickly observe trends, trace decisions, run online 24/7, reduce error, make rational and emotionless decisions, and process data quickly. Most bots have a trading strategy, but there are those which allow users to develop their own trading strategy within an existing framework.

Unlike the humans which legend has it threw themselves out of Wall Street buildings in 1929 (urban myth, as actually the suicide rate fell in that year in New York!), bots do not have an intuitive approach to market conditions. These software programs are not susceptible to emptions or the thrill of ride on Wall Street, but neither do thy easily distinguish between real and fake news. The latter currently riddles the cryptocurrency market, making even more financially and legal vulnerable. Take for instance, a fake McAfee tweet that resulted in a “pump and dump” scheme originally setup in a chat room called Big Pump Signal. They encouraged their 60,200 subscribers to retweet and promote the GVT coin, and according to Buzzfeed “when the tweet was first broadcast at around 3pm, GVT was bought and sold on the market at $30. By 3:04, it was at $45 and trading volume had doubled. But by 3:19, GVT’s price had fallen back to $30.29.”

Yet, fintech humans believe they have mastered the financial universe, where even the most experienced traders can fail to achieve the same level of success as their robotic colleagues. The connection between emotion and behavior is hard to sever, and hedge funds, for instance, are beginning to deal with the discrepancies. Statistics suggest hedge funds are more profitable when they replace human traders with AI, with one New York hedge fund already completely reliant on AI, citing one of their funds has been profiting by 20 to 98 percent consistently between 2002 and 2016.

And, if you’re in this space, you might just be exchanging bitcoins with cryptobots and not even know it. A host of bitcoin traders are using cryptobots to perform quicker trades than humans traders. These bots came to prominence in 2013 with the Mt. Gox “Willy & Markus” bots. These alleged bots were accused of pushing the price of bitcoin up faster than a natural bull run. Yet, such bots are not necessarily an evil, they essentially build on trading activities dating back to the computational trading of the seventies. These automated trading systems - also known as mechanical trading systems, algorithmic trading, automated trading or system trading – allow traders to establish specific rules for both trade entries and exits that, once programmed, can be automatically executed via a computer. Some 75% of shares traded on US stock exchanges come from automatic trading systems. The renaming to “trading bots” is because the programs execute trades like humans but autonomously and can operate 24/7.

The new generation of traders have created their own terminology. The law may be a serious business, but these new trading bots seem to rejoice in adolescent names, from A to Z. The most popular include: Auton.io, BTC Robot, Cryptohopper, Cryptotrader, Gekko, Gunbot, Haasbot, 3Commas, and, ZenBot. Today, there are a number of cryptocurrency trading bots in the market, and they raise a range of commercial, technical and legal issues. Commercially, trading bots serve you better in terms of where and how to invest your funds. Technically, trading bots use software to talk to an exchange via an API (Application Programming Interface) and place your buy and sell orders. A trading bot program can execute these trades based on parameters defined by the programmer or user. The user can buy or create a program that executes a specific trading strategy, either their own or that of a provider.

The human qualities cryptobots take out of the equation are:

However, and there is always an however, mechanical failures can occur. Such systems also require adequate monitoring, you can’t just leave them to run along 247 by themselves. Bots can also be susceptible to over-optimization, where excessive curve-fitting produces a trading plan that looks good in theory but performs unreliably in live trading. The intuitive human can spot such problems. Like SatNav, slavishly following the bot could lead to taking a wrong turn and disaster. This relation, of human and machine is leading to increasing legal and regulatory an attention being paid.

When two twin British brothers swindled "unwitting investors" in the US out of more than $1.2 million by promising riches via their stock-picking robot named "Marl," the Securities and Exchange Commission took notice. The commission filed a lawsuit against John and Thomas Hunter, who allegedly began the scheme in 2007 when they were 16. According to the suit, the pair "concocted and hyped the tale of a 'stock-picking robot' that they claimed could identify penny stocks that were poised to appreciate sharply in value." The brothers claimed the robot was a "sophisticated computer trading program and the product of extensive research and development," according to the SEC’s New York federal lawsuit. At least 75,000 investors paid a combined $1.2 million for $47 annual subscriptions to the Doubling Stocks newsletter or $97 for copies of the robot software, but "in reality, the 'stock picking robot' was a work of fiction," the SEC said in a court filing. In Part 2, we will turn to the legal and regulatory responses in more detail.