The SELF DRIVE (Safely Ensuring Lives Future Development and Research in Vehicle Evolution) bill has been passed by the US House of Representatives, with unusually bipartisan support. The bill lays out a basic federal framework for autonomous vehicle regulation, showing that self-driving cars have come into federal lawmakers’ attention. 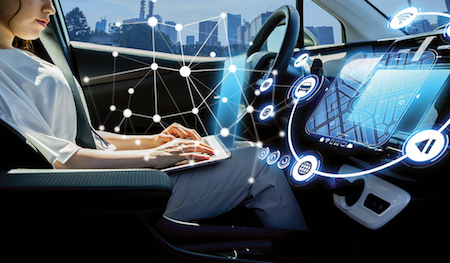 It will allow companies invested in autonomous driving vehicles to put 100,000 cars on US roads, as well as providing them with exemptions to safety guidelines that are not applicable to the technology.

Self-driving cars are projected to reduce traffic fatalities by 90%, saving 30,000 lives a year. In 2016, there were an estimated 40,000 U.S. highway deaths, 2.5 million injuries, and over 6 million car accidents. 94% of accidents are attributable to human error according to the National Highway Traffic Safety Administration (NHTSA). This bill is aimed at capitalising on the safer aspects of widespread adoption of autonomous cars and granting the federal lawmakers and automakers the tools to do so.

If this bill goes into law, it would see the federal government gain a lot of legislative power over the issue of driverless cars, and it comes in response to automakers’ complaints over the patchwork nature of current laws related to the technology, which differ from state to state. While driverless cars are being actively tested on US roads, there has been no legal oversight from Congress, leading to states regulating the technology themselves. This has resulted in at least 21 different state laws and guidelines, each with a different focus or objective. This confused legal background has the potential to stifle development and deployment of autonomous vehicles.

The NHTSA will be officially given the power to regulate vehicle design, construction, and performance,in the same way that it deals with regular automobiles. This will mean that states, while retaining authority in the area of registration and licensing of the vehicles, they will have much less say over the insides of the cars. Next up for the NHTSA is coming up with a set of rules about what automakers will need to submit to them to certify their dedication to safety, as well as working out which aspects of driverless cars will require performance standards, such as fail-safes.

Automakers will also be required to state how they intend to deal with the data of their passengers. In order to improve performance of driverless cars and the experience of riding in one, the vehicle itself will be gathering data to essentially learn more about the humans inside, such as what your preferred activity is while riding to work. Driverless cars will also know the locations that the passengers are riding to most often, and the companies will have access to that data. Protection of passengers information from outside threats is paramount, as is ensuring that it is not willingly shared without consumers’ consent. “Privacy plans” will be required from automakers which will set out how they will collect, use, and store data, as well as how they will inform customers about what is happening to their data and what they can do about it if they don’t want it shared.

The end result of this legislation is the sheer number of vehicles that are predicted to be unleashed on the roads. At the present time, the NHTSA has the power to grant 2,500 Federal Motor Vehicle Safety Standards (FMVSS) exemptions every year, which are often granted to driverless automakers for testing their new vehicles. Under the new legislation, that number is due to increase, initially up to 25,000 exemptions in the first year, to 50,000 in the second, and to 100,000 in years three and four.

The Senate still needs to pass its own bill, before both houses need to work together to create the final piece of legislation that is then ratified by the president. Implantation of the SELF DRIVE Act will then be no small task, with all those FMVSS exemptions that will need to be issued. The NHTSA may have a long road ahead, filled with robot cars.