A round-up of tech deals from across the globe 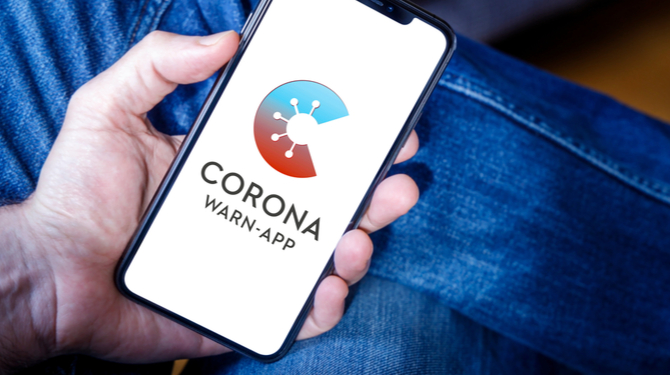 Germany’s Corona-Warn-App, which seeks to identify and disrupt potential Covid-19 infection chains, was rolled out in Germany in June following advice by law firms including Clifford Chance (CC) and DLA Piper. Positive test results logged by users prompt notifications for those who have been in contact with the infected person.

Muhs commented: “We are proud that our expertise in the technology and healthcare sector has contributed to the rapid implementation of the Corona-Warn-App. The app is a crucial part of the fight against the Covid-19 pandemic. The innovative integration of the open source community has enabled the Federal Ministry of Health to create maximum transparency.”

Osborne Clarke has advised Santa Barbara-based Anchore on its expansion into the UK with the opening of an office for its sales and customer support teams.

Raft of firms advise BC Partners on IMA Group investment

White & Case and Kirkland & Ellis are among the firms advising on the take-private of Bologna-based Industria Macchine Automatiche (IMA). The deal will see BC Partners take a 20% share of private equity outfit Società Finanziaria Macchine Automatiche (SOFIMA), which owns just over 50% of IMA, in a transaction set to close this November. The parties will then launch a mandatory tender offer for outstanding IMA shares.

The deal values IMA, a leader in the design and manufacture of automatic machines for the processing and packaging of pharmaceuticals, cosmetics, food, tobacco, tea and coffee, at roughly $3.4 billion.

BC Partners was advised by White & Case on the M&A, financing, capital markets and regulatory aspects and Kirkland & Ellis on negotiations with co-investors.

Sidley Austin has represented the AI-powered pricing, promotion and competitive insight provider Revionics on its sale to Aptos, a retail technology solutions company. Aptos was advised by Fried Frank Harris Shriver & Jacobson. The acquisition is expected to close in September 2020 and follows the announcement in January that funds affiliated with Goldman Sachs Merchant Banking Division had agreed to buy Aptos from private equity outfit Apax Partners.

Aptos, whose customer base includes Tier 1 brands such as Ahold Delhaize, DICK’S Sporting Goods and Douglas Holding, will treat Revionics’ cloud-based price optimisation solutions as a ‘natural extension’ to its Merchandise LifeCycle Management Suit. According to Aptos, this will allow retailers to optimise every aspect of the product lifecycle.

Revionics chairman and CEO Marc Hafner said: “In this year of uncertainty, retailers need to move quickly and have the confidence to try innovative tactics, including pricing strategies. Because of this, we are seeing a record demand for our platform.”

Aptos CEO Noel Goggin added: “The only way to meet customers’ expectations while maximising revenue, margin growth and customer lifetime value is to integrate all stages of the merchandise planning cycle, including price optimisation.”

Thomson Reuters has acquired digital evidence management platform CaseLines, which was represented by Cavendish Corporate Finance. CaseLines is a cloud-based platform for sharing documents and multimedia between justice agencies and legal teams for case preparation and courtroom presentation.

It is the leader in a $3.5 billion digital evidence sector. The acquisition of CaseLines enhances Thomson Reuters’ offerings in the courts administration space and furthers the company’s aim to deliver innovative end-to-end solutions to its legal community partners internationally.

In addition to enabling virtual hearings through videos and multimedia displays, CaseLines has also saved one billion pieces of paper to date and reduced staff costs, as well as overall trial time. The system is operational in 25 countries and boasts clients such as the UK Supreme Court, Crown Court and the Dubai International Financial Centre Courts.

The Right Honourable Lord Justice Fulford, VP of the Court of Appeal (criminal division), England and Wales, said: “CaseLines has significantly transformed our criminal justice system in the UK. Paper documents have been replaced by the CaseLines digital system and the judges are universally positive about the efficiencies this has created for everyone working in the Crown Court and the Court of Appeal. Without CaseLines it is very difficult to see how we would have been able to function during the coronavirus difficulties.”

Investment management group Deutsche Telekom Capital Partners (DTCP) has been advised by Osborne Clarke on its investment into enterprise architectural software LeanIX, which was represented by PWC. The investment forms part of LeanIX’s $80 million Series D funding round, which was led by Goldman Sachs Growth, represented by Hogan Lovells. It also included previous investors Insight Partners, which was advised by Willkie Farr & Gallagher.

LeanIX provides SaaS for enterprise architecture (EA) management and multi-cloud environments. In the last 12 months, the company has opened new offices in Hyderabad, Munich and Utrecht, in addition to its existing offices in Boston and Bonn, Germany. It boasts more than 40 certified partners including Deloitte, Cognizant and PwC and 300 international customers, among them Adidas, DHL, Volkswagen and Vodafone.

The Series D round brings LeanIX’s total funding to over $120 million – a record level in the EA industry. The start-up will use the investment to continue its international growth and to further develop its complementary solutions for cloud governance.

The Hogan Lovells team was made up of Dr. Volker Geyrhalter (lead), Cornelius Naumann and Dr. Julian Fridrich (all corporate/M&A).

CMS has advised Autolomous, a developer of software for cell and gene therapy manufacturers, on its seed funding round led by a US-European investor consortium.

The funding will be used to expand the functionality of its software solutions platform, AutoloMATE, and finalise the establishment of its fully integrated ecosystem.

Theo Godfrey, a corporate partner at CMS UK, commented: “We are delighted to have successfully advised Autolomous on its first round of funding. As a member of equIP Life Sciences, our accelerator programme focussed on start-ups in the life sciences sector, Autolomous will continue to receive our support as the company develops.”

Alexander Seyf, CEO of Autolomous, commented: “The CMS equIP Life Sciences Programme has allowed us to access lawyers who understand the needs of a start-up in the cell and gene therapy space and the scale of what we’re trying to achieve. With our legal foundations firmly in place, we can now concentrate on the commercial opportunities that will follow.”

related topics
Deals Global
recent
Popular
twitter
Tweets by RLawJournal
Your experience on this site will be improved by allowing cookies.