The UK government will fund a trial of drone-based deliveries in Tanzania, using the Silicon Valley start-up called Zipline. The objective of the trial is reduce the time spent sending stocks to health clinics in the country by other transportation means. 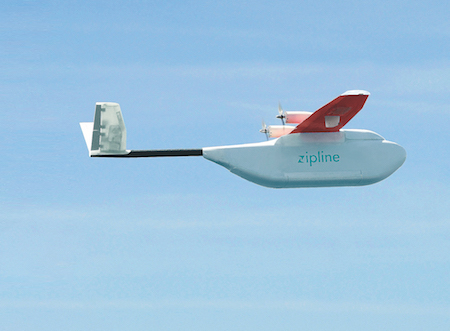 In October this year, Zipline began trialling their services in Rwanda. The Department for International Development (Dfid) has not said how much money will be invested in the Tanzanian effort or for how long.

The initiative has been praised by experts, while noting the limited use of such “cargo drones” to humanitarian bodies. As the technology develops further, their usefulness is expected to increase dramatically.

Future testing has been announced to take place in Nepal to map areas of the country prone to damage from extreme weather, so help prepare for future crises.

The permissive approach to UAVs that the regulation of Tanzania and Rwanda take make them attractive places for these trials. Earlier in the year, Tanzania also authorised the use of drones in its Tarangire National Park as part of an effort to deter animal poachers.