Semafone, the leading provider of data security and compliance solutions for contact centres, sees trouble ahead for companies which don’t have their cyber security in order – but also predicts that new regulations will have a positive impact on the market. CEO Tim Critchley, global solutions director Ben Rafferty, and head of information security Shane Lewis, share their top five predictions for 2018. 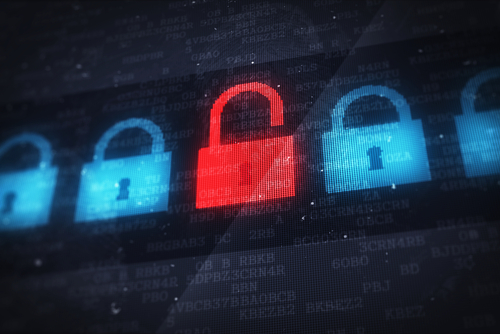 The rise of AI, robots and autonomous vehicles will continue at a rapid pace. Voice assistants and their interaction with connected devices and IoT will result in spoken commands outstripping traditional keyboard interactions for the first time in the home – and in business before too long. Legitimate uses may even materialise for cryptocurrencies, spoiling the fun for the speculators.

2) Hackers will go into overdrive

Cyber criminals will increasingly use artificial intelligence and machine learning to create automated attack systems that learn how to defeat security barriers as they spread.

IoT devices and autonomous vehicles will be the subject of DDoS (Distributed Denial of Service) attacks of ever increasing ferocity and duration.

Default security on most connected devices across the world remains weak and in 2018 another global malware or ransomware attack, similar to WannaCry, will hit the headlines simply because companies and organisations still do not adequately patch their systems.

Cyber security will become a consumer protection issue and governments around the world will be forced to regulate the connectivity of consumer devices in the same way that they do today for electrical connections and battery power.

In the US, we may finally see culpable senior executives sent to jail. The Data Security and Breach Notification Act will enforce custodial sentences for white collar crimes relating to data breaches. And if leaks in the US in 2017 are anything to go by - from 200m Republican voter records to 33m Dun & Bradstreet records - it could be a dramatic year.

4) The regulators will show their teeth

Some large fines will be imposed on organisations in Europe or the US as a result of a breach of the General Data Protection Regulation (GDPR), particularly if an organisation fails to meet its obligations on transparency and covers up a breach. That said, it is unlikely to be the 4% of global turnover often mentioned in relation to GDPR. Regulators such as the ICO in the UK will want to help educate industry on their new data protection obligations rather than punish them straight away.

5) The security skills gap will widen

The downside of the GDPR is that the need for organisations to appoint a chief data officer will draw many skilled security professionals away from the coalface and into compliance and privacy management roles, widening the skills gap for CIOs and CISOs still further.

Tim Critchley, CEO, commented: “We’re seeing an increasingly complicated compliance landscape that has to take into account the advance of technologies in the AI and IoT fields, along with new sectors such as the crypto currency market. Regulators are having to race to keep up, but there’s no doubt that the GDPR in Europe, along with the Data Security and Breach Notification Act in the US, will make a huge difference to the security of customer data. We are optimistic that 2018 will be the year when organisations at last start doing what they should have been doing already – taking information security seriously.”

Semafone provides software to contact centres so they can take personal data securely over the telephone. Semafone’s patented data capture method collects sensitive information such as payment card or bank details and social security numbers directly from the customer’s telephone keypad for processing. This prevents personal data from entering the contact centre, which protects against the risk of fraud and the associated reputational damage, ensuring compliance with industry regulations such as PCI DSS.

The company was founded in 2009 and now supports customers in 25 countries on five continents.

Semafone is vertical agnostic and its extensive customer base includes companies such as AO, The British Heart Foundation, Rogers Communications, Santander, Sky, TalkTalk and parts of the Virgin Group.